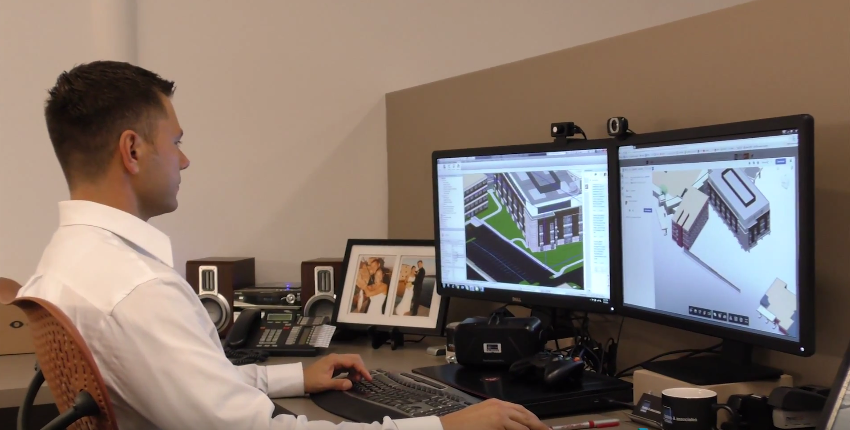 See how BIM 360 Team (formerly A360) helped Bates, an award-winning architecture and engineering firm, deliver a $135M design-build hospital project outside St. Louis, Missouri. The project was Bates used BIM 360 Team as a hub for all project collaboration. The project team included members from Bates (the architecture firm), McCarthy Building Companies (the construction manager), and Mercy Hospital (the client).

The project is an expansion of the current Mercy Hospital Jefferson’s Crystal City campus. It includes a three-story tower that connects to the existing facility, with 90 private patient rooms. Corridors that connect to the emergency department, imaging, surgical and admitting areas are planned, with a new front entrance and other enhancements to improve user experience at the hospital. The helicopter landing pad and ambulance entrance to the hospital will be relocated, and renovations are planned to existing patient rooms.

With the help of this project, Mercy Hospital will be able to provide extended services in oncology, cardiology, and other specialties that are not available on the Crystal City campus today.

“I am a firm believer,” says Bates CEO Steve Warlick, “if it was not for the technology we invested in, that we would not have even been at the table.”

“That really speaks to the power of the software, when you have a design partner and a construction partner bringing forward this common platform to the owner,” says Mike Stapf, McCarthy Construction, of coming together to work in BIM 360 Team.

The Mercy Jefferson Hospital project, currently in the construction documentation phase, is scheduled for completion in 2017. We will be tracking the project’s progress with Bates, and be posting updates as they are available.

Learn more about using BIM 360 Team with Collaboration for Revit for your projects, or sign up for a FREE BIM 360 Team trial today.

WATCH: How Technology is Driving the Largest...