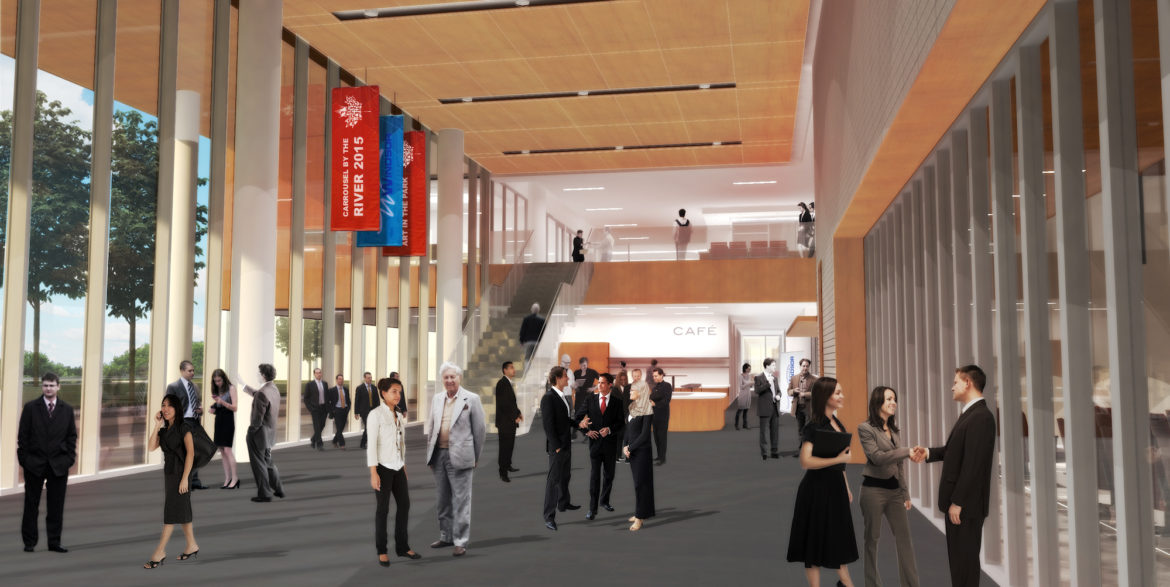 Moriyama & Teshima is a collaborative studio of architects and planners who work to create visionary projects for their clients. Their recent Windsor City Hall project, a joint-venture with Architettura, brought two core challenges to the forefront for the two Canadian design practices. One was communication across multiple team members and stakeholders. The other was sharing complex BIM models in the virtual colocation project between designers, engineers, and specialists on either teams.

With Moriyama & Teshima in Toronto and Architecttura headquartered in Windsor, the project required a tool or process that was multi-faceted. They needed a central project repository, communication center, and a space for the two design teams to view, review, and collaborate across Revit models.

“Being a BIM project, it was necessary to have joint access to our BIM model. We didn’t have the infrastructure set up to accommodate this kind of joint-venture prior to this project,” explained Claudia Cozzitorto, BIM Director at Moriyama & Teshima. “We needed to address and determine how we were going to handle communication being split between two offices.”

Watch to learn how these two design studios used collaborative cloud technology to work with multiple teams in various locations:

The project team used both BIM 360 Team (formerly known as A360) and Collaboration for Revit to enable Moriyama & Teshima and Architecttura to work in real-time as one design team. Even team members who are non-Revit users could access the model through BIM 360 Team without fear of damaging the model or making unintentional modifications.

Joint-venture projects are becoming increasingly common in architectural design practices. Deploying BIM on complex projects makes it easier to coordinate and streamline, but having a centralized location for collaboration is essential.

Learn more about using BIM 360 Team and Collaboration for Revit for your projects, or sign up for a free BIM 360 Team trial today.

How to Get Version Control Working For...