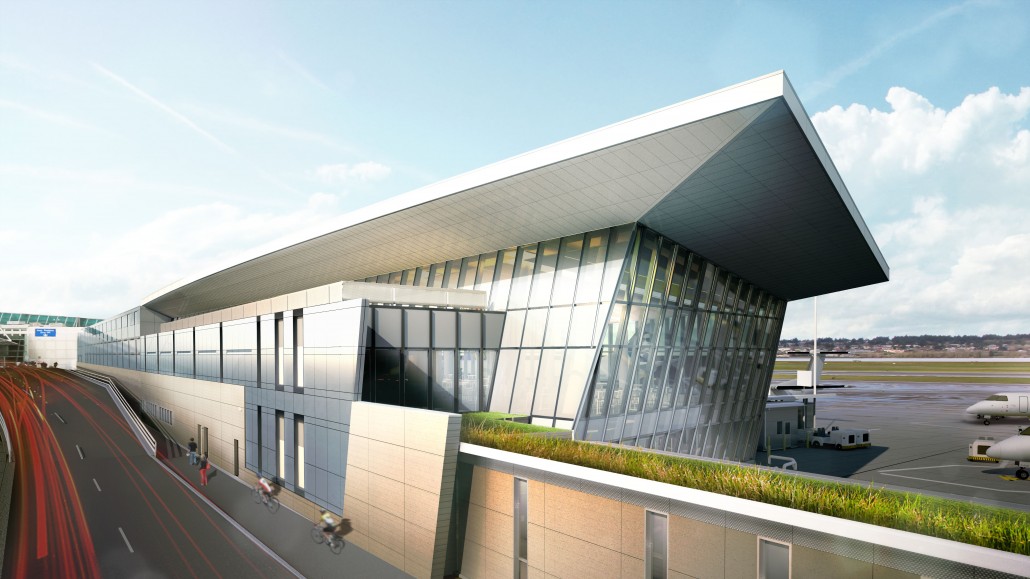 The Portland International Airport (PDX) Terminal Balancing project is being delivered as a collaborative design partnership between Fentress Architects, headquartered in Denver, Colorado and Hennebery Eddy Architects based out of Portland, Oregon. Fentress and Hennebery Eddy worked together as one single design team, enabled by BIM 360 Team (formerly known as A360), to best utilize the strengths of both firms. They delivered a complex public infrastructure project for the Portland International Airport.

Watch the video to learn more:

Collaborating across US time zones on the Portland International Airport

“We sit in different locations, being in Portland and in Denver, but really BIM 360 Team has made us one single office.” – Corey Ochsner, Senior Associate, Fentress Architects

Hennebery Eddy Architects is a 45-person design studio with award-winning architecture, planning and interior design projects throughout the Pacific-Northwest.

“BIM 360 Team has been really helpful, not only because we were geographically separated from Fentress Architects, but like all projects, there are a lot of people involved: consultants, engineers, the owner and owner representatives, and our own team here.” – Scott Moreland, BIM Manager, Architect, Associate at Hennebery Eddy Architects

“We’ve been using technology, like BIM 360 Team and Collaboration for Revit, to be instantly up to date between the two offices.” – Michelle Vo, Principal, Hennebery Eddy Architects.

To learn more about better BIM collaboration using BIM 360 Team and Collaboration for Revit, sign up for a 60-day FREE trial today.

BIM Collaboration Across the Pond, LIVE!

How Victaulic made global BIM collaboration in...