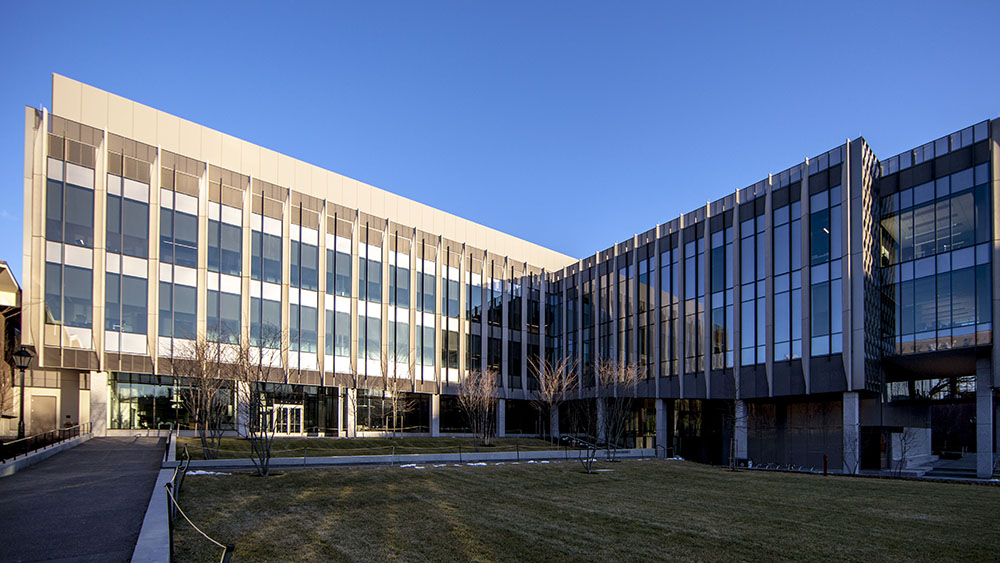 Since the beginning, BuroHappold has worked on ambitious projects where both designers and clients look for the most innovative ways to work together.

For their previous high-profile client, PNC Financial Services Group, BuroHappold along with architects Gensler wondered, “How do we engineer the greenest high rise in the world?” When they were contracted to build the legendary Millennium Dome in London, they asked “How do we create the largest dome-shaped tensile structure in the world?”

The firm has always asked the hard questions, pushing themselves to explore new strategies. Because of this, they deliver progressive solutions to tackle these challenges. We interviewed Paul McGilly, Regional BIM Leader for the US East Coast, at AU2017. This is what Paul had to tell us about innovation at BuroHappold:

“Innovation comes from who we are and the clients we work with. We have ambitious projects where the architect and the client will test us. What makes us unique is that, at 1,800 people globally, we are able to tackle any size project and create something truly remarkable.”

When the firm took on the new Engineering Research Center for Brown University’s School of Engineering, designed by KieranTimberlake Architects, they looked to new technologies and strategies for project delivery. The 80,000 square foot building was both their’s and Brown’s first Integrated Project Delivery (IPD) project, for which they chose Collaboration for Revit (now BIM 360 Design) and BIM 360 to work efficiently with internal and external teams.

Integrated Project Delivery, as defined by the AIA, is a project delivery approach that integrates people, systems, business structures, and practices into a process that collaboratively harnesses the talents and insights of all participants to optimize project results, increase value to the owner, reduce waste, and maximize efficiency through all phases of design, fabrication, and construction. That’s a loaded statement, so Paul broke it down for us in simpler terms:

“It’s about project teams coming together and working as a single team. It’s about sharing each other’s knowledge, skill sets, and being able to deliver the project in a much better fashion in terms of time and cost.”

The contractual and operational nature of IPD projects turn risk into incentive-based measures, brings contractors and sub-contractors to the table earlier in the design process, and rewards accountability through check-ins via daily standups and interdisciplinary cross-team meetings. In fact, mutual responsibility is a key BuroHappold principle—teams are encouraged to share success and failure in the same way.

As a smaller Ivy League school, Brown University has a smaller endowment and revenue stream. However, the new engineering building is the first of many planned projects at Brown—so they chose Integrated Project Delivery to build a set of standards and sustained relationships with trade and design partners to make future projects more cost-effective. For BuroHappold, the challenge was setting the precedent to stay within targeted costs in the allotted time, as well as raising and sticking to the BIM Execution Plan (BXP). 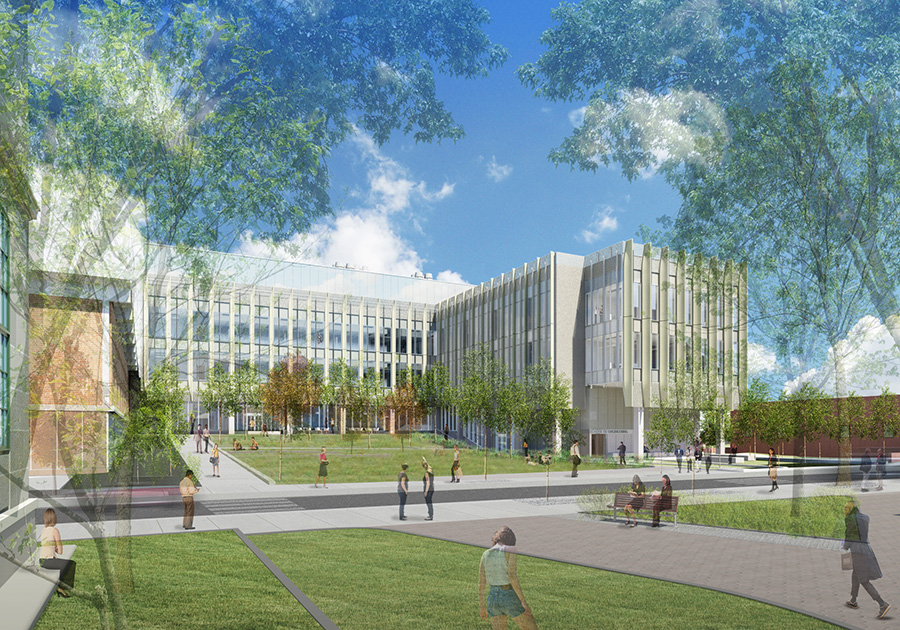 BuroHappold looked at a variety of options and found that a lean software setup with BIM 360 could allow their co-located teams to collaborate on project models and files from multiple offices, for a fraction of the cost of other solutions.

“Collaboration for Revit (now BIM 360 Design) made sense once we costed it, it was a fraction of the cost of using Panzura, for example… probably 10% percent of the cost.

Of course, Revit Server works well internally, but it can be very difficult to use Revit Server with external teams with firewalls and access issues. The client wanted to be as economical as possible on this project, so using the [BIM 360] platform made sense.

[Various teams] can connect into the project models in BIM 360 Design and feel as if they’re actually working with us in the same office. And if we have any requests or design changes that we want them to make, they can make it instantaneously.” 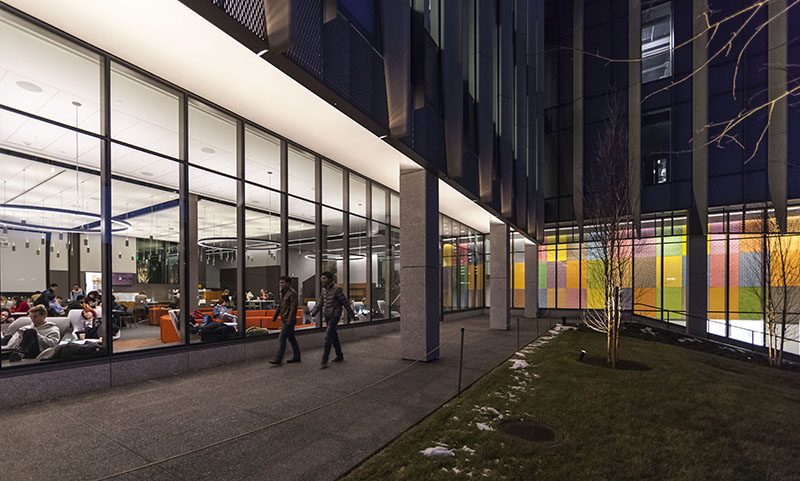 Being a global practice, BuroHappold is able to use cloud-based BIM collaboration to tap into the skill sets of various engineers in their offices worldwide. For example, they are able to use highly specialized engineers in their LA offices for specific specialty work without spending thousands of dollars to co-locate them in New York on the project for months at a time.

Being able to share data seamlessly was a game-changer for BuroHappold’s project team, not only in cost & efficiencies, but for their own wellbeing too. Using the BIM 360 cloud platform made a huge difference in the work-life balance of their engineers, giving them 20% in time-savings.

Normally, when it comes to deadlines and milestones, the engineers would work 50 to 60 hours a week. But cloud-based BIM collaboration allowed the firm to leverage their distributed teams across their global offices. They saw engineers leaving the office at a normal time on this project, managing hours at a regular 40 hour/week schedule, and avoiding the exhaustion and stress of extended overtime hours. Overall, this helped improve design work quality and avoid errors. 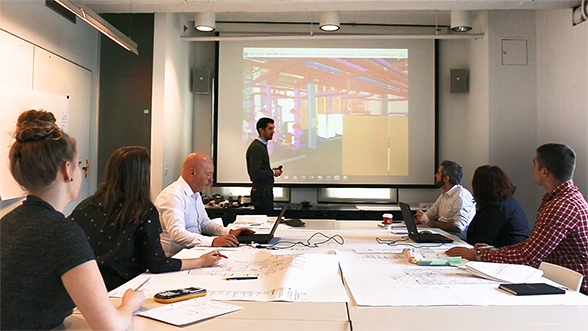 Engineer Sean Ottomanelli leads a BIM coordination meeting with Paul and others using BIM 360 Glue to walk through and resolve clashes in the model.

The firm was able to integrate model coordination and clash detection into their project workflow with BIM 360 Glue. Construction Managers would coordinate the clash resolution process by prioritizing clashes and communicating to design engineers or trade partners what needed to be resolved and when. Trade partners used the Glue app onsite, making the build process more efficient.

“Using BIM 360 Glue, the designer and trade partner would receive clash reports from the Construction Managers, highlight issues in the model, send it back to contractor, sit together with the engineer/architect, and make design changes with the design engineer, who would then send it off to the contractor. It allowed us to walk right into the model and zoom into a problematic section, resolving conflicts together as a team and analyzing the environment.”

Almost 100 project participants from the architecture, engineering, and trade firms used BIM 360 during project ramp-up. It was most important for BuroHappold to have “no-fail” information exchange, so that everyone was working out of the latest project data and changes could be seen instantaneously.

Tight, real-time coordination helped trade partners work closely with BuroHappold engineers on piping and ductwork systems that were especially complex, given the nature of the educational research facility. With the ability to control and streamline coordination during design, the total number of change orders was reduced.

In a traditional project, it is typical to see dozens, if not hundreds of change orders come back to design firms. On the new Engineer Research Center, BuroHappold received them in single figures.

Overall, cloud-based BIM collaboration gave BuroHappold a time savings of 20% and a cost reduction of 90% on the Brown University IPD project.

With this success, BuroHappold has made cloud-based BIM collaboration technology a core component of their design and detailing workflows. They now have seven projects on the BIM 360 platform. This could expand to 10 projects this year — and that’s only in the New York office. With offices in Europe now being introduced to BIM 360 Design, that number could easily double.

For a deeper dive into Paul’s learnings on the IPD project including BXP setup, project templates, and best practices, check out his full AU class here.

What is BIM 360 Design? It’s next gen design collaboration from Autodesk

Will you be at AIA? Take BIM 360 Design for a Spin

How Victaulic made global BIM collaboration in...

WATCH: How Technology is Driving the Largest...

How to Get Version Control Working For...